Discover our network
in the USA & Canada
Book now REGISTER

S&R Marine Services has a subsidiary in Woodbridge in the vicinity of the Port of New York and New Jersey. In all major seaports we work in close cooperation with solid and reliable agents. Over the years we have built deep relationships with these local experts. We work together to serve our clients needs in the USA & Canada. The expertise and financial health of these agents ensures us the same high quality as we strive to deliver.

S&R Marine Services visits most major seaports in the USA & Canada frequently. The ports of Los Angeles, Long Beach, New York/New Jersey, Savannah, Oakland & Houston are mainly visited in the USA.  Besides, we have a subsidiary in Woodbridge, in the vicinity of the port of New York and New Jersey. In Canada we regularly visit Port Metro Vancouver, Montreal, Prince Rupert & Halifax. The Top 25 container ports in North America in 2015 represented 97.1 percent or 39.4 million TEUs of the 40.6 million TEUs in the total North America outbound and inbound laden container trade (Source: JOC.com). Growth in North America TEU traffic has increased substantially from 2013 through 2015. Growth during 2013 was below 2 percent, but both 2014 and 2015 have witnessed growth of 4.5 and 5 percent respectively

We can give you a quote for all major seaports and rail depots instantly. Also we are specialized in door to door shipments and are more then willing to help you get your goods from A to B.

Get a quote or give us a call 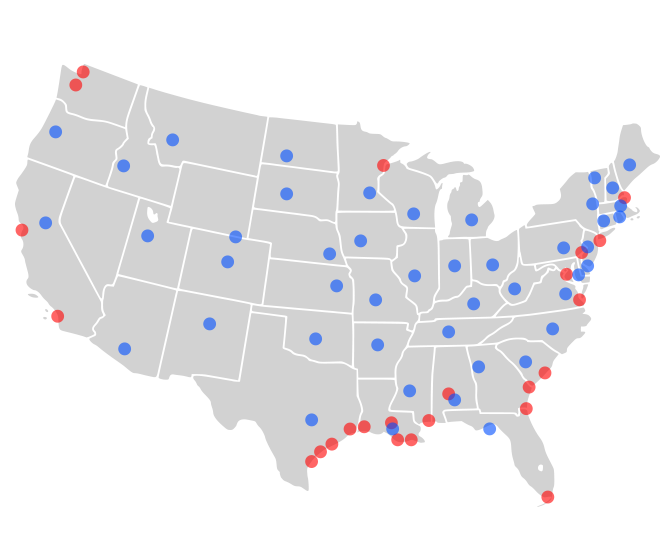 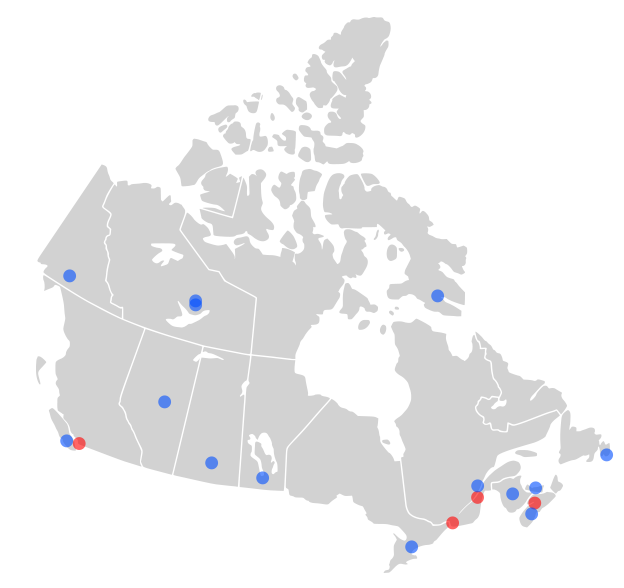